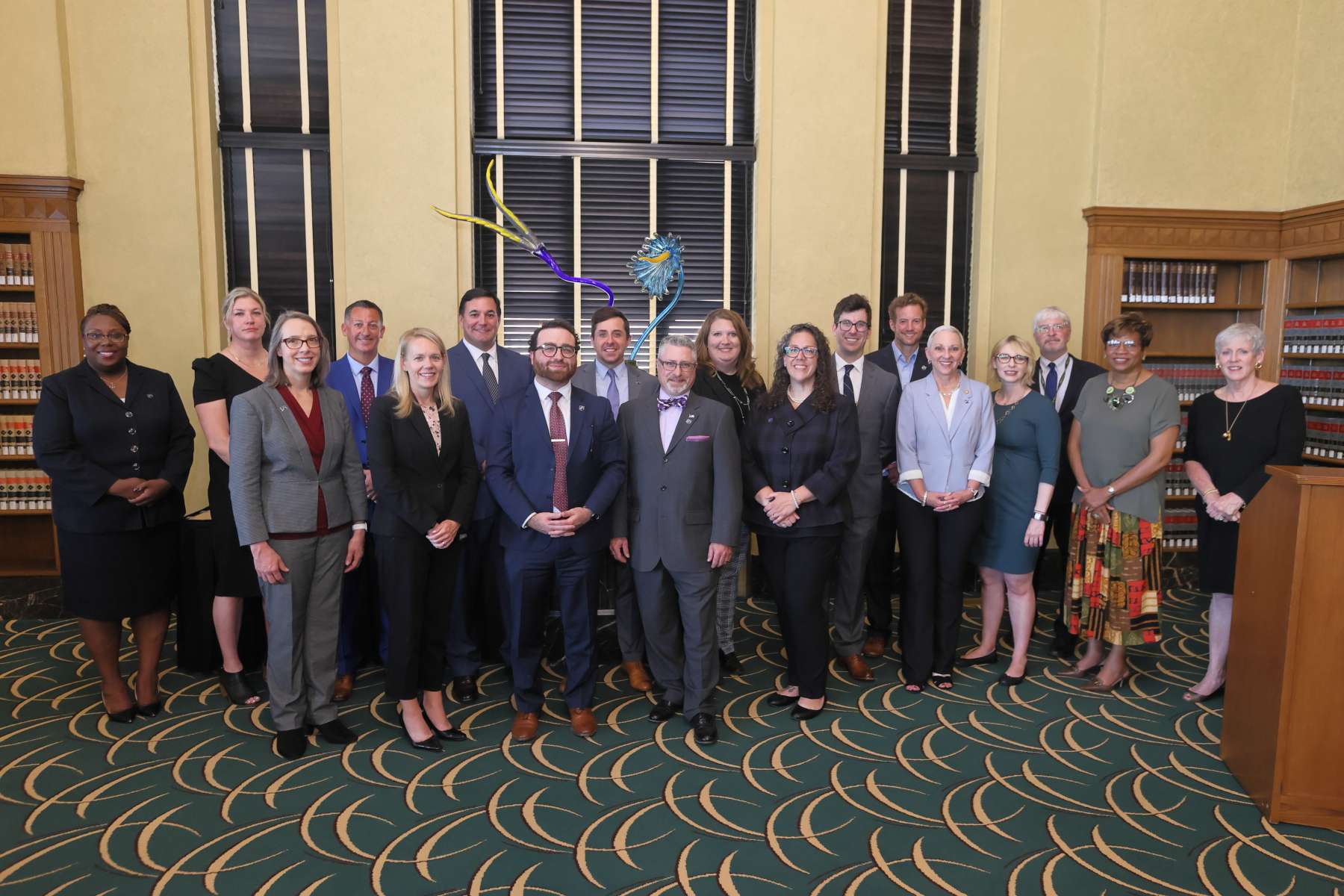 COLUMBUS, OH (June 2022) –The Ohio State Bar Foundation (OSBF) is pleased to announce the induction of 15 attorneys to its Fellows Program. The new class of OSBF Fellows were inducted by Chief Justice Maureen O’ Connor at a ceremony at the Supreme Court of Ohio on June 14 (photos attached). As the Professional Honorary of Ohio Lawyers, the OSBF welcomes a new class of Fellows each year, a group of attorneys who exemplify the highest standards of professionalism and are committed to serving their communities. Since its inaugural Fellows Class in 1998, the OSBF has inducted over 1,000 Fellows.

Each year, OSBF Fellows design their own class experience, creating a Fellows Week of Service centered around a legal topic they choose. Since 1998, OSBF Fellows have developed 25 community service initiatives focused on issues such as human trafficking, immigrant/refugee citizen education, prisoner reentry into communities, access to justice for developmentally disabled youth, foster youth care, journalism and reporting on the legal system, and more.

The OSBF welcomes these new members of its 2022 Fellows Class:

“We are thrilled to welcome a new class of Fellows to the Foundation family,” said OSBF President Kristin Burkett. “Our Fellows are a diverse group of inspiring lawyers with a strong spirit of service, and we are excited for the work they will do in support of the Foundation’s statewide grantmaking program and the OSBF’s mission to build a better justice system in Ohio through outreach and education.”

Earlier this year, the 2021 Fellows Class hosted the OSBF Unity Summit: LGBTQ+ Education, Law and Policy at the Ohio Statehouse, which brought together attorneys, social workers, educators, and other members of the public to hear from LGBTQ+ community voices and discuss the legal issues most directly impacting this community.