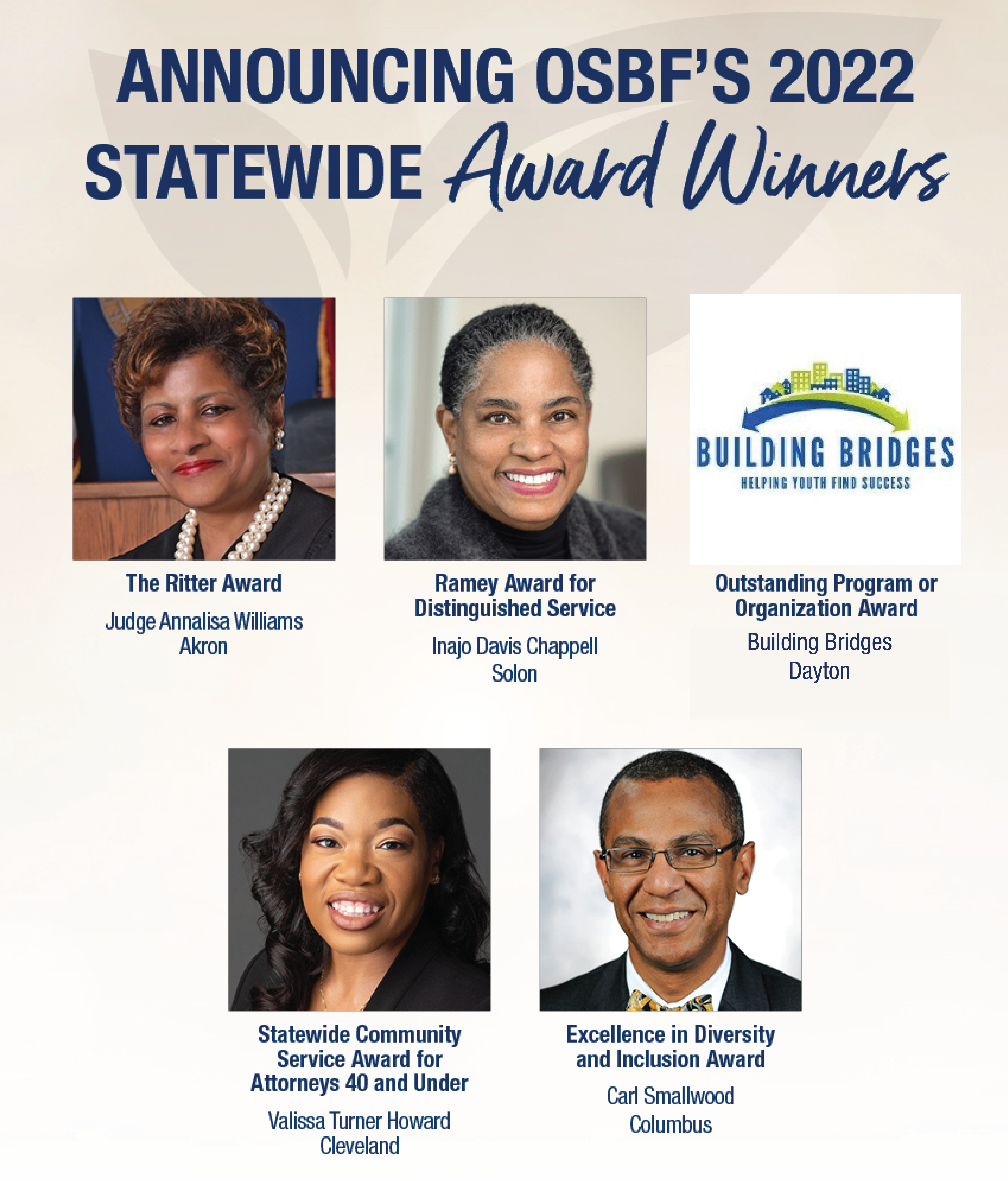 Columbus, OH (August 2022) - The Ohio State Bar Foundation (OSBF) is pleased to announce this year’s statewide honorees recognized for leadership in their communities through volunteer service both in and outside of the legal profession. This year’s award winners will be honored on October 7, 2022 at the 2022 All Rise Annual Awards Celebration at The Exchange at Bridge Park in Dublin, Ohio. Click here to RSVP.

“Our honorees have made extraordinary contributions in changing lives, while furthering the Foundation’s mission of teaching the public about the rule of law and building a better justice system,” said Lori L. Keating, OSBF Executive Director. “They exemplify the best volunteer attorneys and organizations that Ohio has to offer, and we are proud to celebrate them for their achievements.”

This year’s honorees include:

Valissa Howard, Cleveland | Community Service Award for Attorneys 40 and under

Members of the public are invited to celebrate these honorees and others at the OSBF All Rise Annual Awards Celebration on October 7, 2022 at The Exchange at Bridge Park in Dublin, OH. For more information and to register, visit www.osbf.org/2022AllRise.